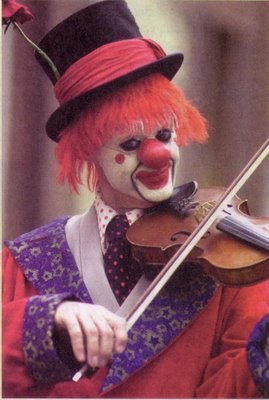 Our Purim violinist reminded me that we've omitted some important Purim niggunim, so since it's still with us - and actually just underway here in Yerushalayim, let's see what we've missed:

Reb Shlomo Carlebach has an awesome "Layehudim" [track 10], on the first "Shlomo b'Ahava" recording. This tune is very danceable. A good friend of mine uses it for the Kaddish on Yamim Noraim, and we dance to it - seemingly endlessly - at the end of Neila on Yom K'Purim!!!

Rav Michel Twerksi has a pretty one, track 5, or here, on the Beth Jehudah site.

There's Belz – niggun Shoshanas Yaakov, done instrumentally, track 9. I have heard two other Belzer Shoshanas Yaakovs, so apparently there are quite a few, but unrecorded.
Belz also has a niggun for Layehudim, found on an early tape [#5, Ashreinu], which appears to be out of circulation.

Also from the Belzer realm of music:
Purim Tisch, 31 songs, released just a week ago!
Arranged and conducted by the indefatigable Yosef Moshe Kahane of L'Chaim Productions, this album contains a rare collection of songs sung for Purim and otherwise in various Chassidic courts, as well as other popular Purim songs.
Sung by the L'Chaim Adult Choir, and by the Camp Shalva Children's Choir, this album will inspire you on Purim and throughout the year.

That's about it for now, a Freilich Shushan Purim to all!!!