The Cherkasser and Saving Souls

Today is the 13th of Elul, and the 131st yahrzeit of Rebbe Yaakov Yisrael of Cherkassy, one of the eight sons of Rebbe Mordechai of Chernobyl, and ancestor of the famous American Twerski family [of the Hornosteipel dynasty].
My previous post on him can be found here.

Before our story about today’s Baal Hilula [yahrzeit], I’d like to present a short one, which is related, about his beloved grandfather, Rebbe Nachum of Chernobyl. This is my free translation from this week’s "Sichas HaShavua" published in Hebrew by Chabad.

Who is Saving Whom?
Rebbe Nachum of Chernobyl’s Chassidim were sitting down to a Melave Malka [a festive meal after Shabbos, escorting the Sabbath Queen out], and they began to examine their matzav [status] in regards to how they serve Hashem. Each one found many faults and shortcomings in himself, until they felt very, very low. Their one consolation was that they had an affiliation with the great tzaddik, Rebbe Nachum of Chernobyl, and decided they should make the journey to visit him. Surely he would pull them out of their lowly state.

They traveled the entire night until they came to Chernobyl. The next morning, they went in to greet the tzaddik. Rebbe Nachum told them that the previous night, at the Melave Malka seuda, he sat down and made a self-assessment. He came to the conclusion that he was the lowest of all men, and despaired of all hope. Then he remembered that G-d fearing Chassidim were attached to him, and this gave him consolation. Surely they would be concerned for their Rebbe and pray for him.

When Rebbe Yitzchak of Skver, another grandson of Rebbe Nachum’s, told this story, he added: "This is the power of true Hiskashrus [attachment, bonding] to a tzaddik."

Pulled out of the Depths

In the book, The Zeide Reb Motele, Rabbi Avraham Yehoshua Twerski relates*:
*[NOTE: I have added a sentence and some explanatory words, from another source - yitz.]

This story is particularly dear to me, because it is essentially a first-person story.

I met an elderly cousin who was a grandson of the Rebbe of Koidanov. He told me that when he was a child of nine, he had a melamed (tutor) who was not a Chassid of his grandfather. "Why are you not a Chassid of my grandfather?'' he asked.
The melamed said, ''I was a Chassid of your great-great-grandfather, the Rebbe of Cherkassy. The practice was that at Shalosh Seudos (the third Shabbos meal), the Rebbe would expound on Torah until it was dark. When Shabbos was over, he would have someone light candles, and he would continue his Torah discourse until late.
''This one Shabbos, the Rebbe did not expound on Torah. He was deep into meditation. No one brought in candles, and we sat silently in the dark. 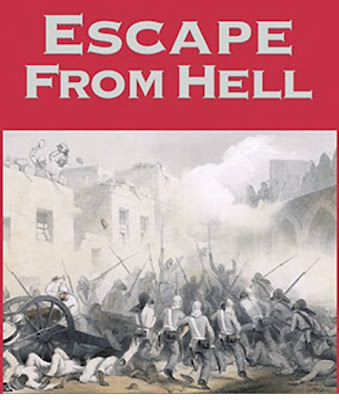 ''All at once, the Rebbe opened his eyes and said, 'The Talmud says that on Shabbos, all the neshamos (souls) that are in Gehinnom (Hell) are released. When Shabbos is over, there is a declaration, ''The wicked must return to Sheol [a part of Gehinnom – Hell]'' (Tehillim, 9:18). But how can this be? We have a principle not to make a declaration of punishment.
"We all sat silently, not knowing what to answer. Then the Rebbe said, 'I'll tell you the answer. There is a place known as avadon (lost), in which souls are doomed to eternity. But I say that souls should be released even from avadon. Do you all agree?'
"We all responded, 'Yes, we agree.'
'' 'Then let someone bring in candles,' the Rebbe said.
"When the candles were brought in, we saw that the Rebbe was in a cheerful mood. He said, 'The declaration, ''The wicked must return to Hell,'' is not a declaration of punishment at all. To the contrary, it is a declaration that the neshamos that had been doomed for eternity in avadon may be released to Gehinnom, from which they will be released after twelve months.' "
The Chassidim who were present at that Shalosh Seudos told over that as the Rebbe was speaking, they felt him "grabbing the neshama in avadon by its 'hair' and bringing it into Sheol"- that he gave it its tikkun.
And so, my melamed said, ''if I was a Chassid of a Rebbe who could release neshamos from avadon, can you expect me to be a Chassid of anyone else?"

Zechuso Yagein Aleinu v’al Kol Yisrael – May the Cherkasser’s merits save and protect us all!
# posted by yitz @ 4:44 PM

Comments:
I really enjoy these posts and learn so much from them.

Thank you for posting.

Great story and great rendition. Thanks for the inspiration.
chana