A LOOK OF TESHUVA

Tonight and Friday is 22 Elul, and the 106th yahrzeit of the first Hornosteipel Rebbe, Rebbe Mordechai Dov Ber Twerski, also known as the Peleh Yoeitz. A direct descendant of the Rebbe Reb Zusia of Anipoli, he was also the grandson and successor of the Cherkassy Rebbe, a son-in-law of Rebbe Chaim of Sanz, and a tremendous Talmid Chacham [Torah scholar] and Chassidic Rebbe in his own right.

Previous posts: A Bracha for a Thief
Saved at the Mikva
A Simple Voice from Hornosteipel

Once again we have chosen a story from Rabbi A.J. Twerski’s wonderful book on the Hornosteipler, The Zeide Reb Motele. This one really fits the season we’re in as well…

A LOOK OF TESHUVA
My father’s brother, Uncle Nachum, told me that Zeide R. Motele’s followers from Ignatovke once complained to him about their bitter lot. The poritz of their fiefdom appointed a Jew who had converted to Christianity as the local governor, and who relentlessly persecuted the local Jews even more than the non-Jewish anti-Semites.
One day, Zeide R. Motele came to Ignatovke and was greeted by a throng of Chassidim. As the procession made its way through the town, Zeide R. Motele instructed the driver to stop in front of a house, which was the residence of the governor.
Hearing the commotion outside, the governor went out to see what was happening. To the astonishment of the Chassidim, Zeide R. Motele went into the house of the governor. The Chassidim were even further surprised that the governor followed him, and a few of them made their way inside. 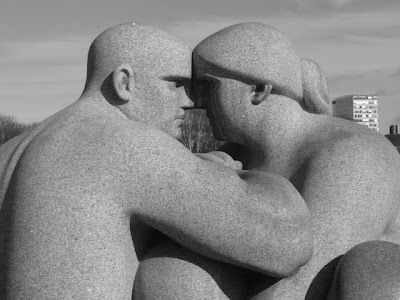 Zeide R. Motele seated himself at a table opposite the governor. The Chassidim were certain that he was going to plead on their behalf, but he did not utter a single word. Zeide R. Motele just stared at the governor for a while, then rose and left the house. The bewildered Chassidim did not know what to make of this.
At Shalosh Seudos (the third Shabbos meal) on Shabbos, although the room was dark, someone noticed that the governor had come in. After Havdala (ritual at the closing of Shabbos), Zeide R. Motele had a private session with the governor for three hours. The following day the governor, who had announced that his name was Avraham, threw away all his kitchen utensils and made his kitchen kosher.
In short, Avraham became a complete baal teshuva and did his utmost to compensate for the suffering he had inflicted upon the community. But within the year, Avraham the baal teshuva died, and the community mourned the loss of one who had become their benefactor.
One day, Zeide R. Motele was sitting with his Chassidim and said, "Nu, what do you say about Avraham? He was a true baal teshuva, wasn't he?" All the Chassidim concurred.
There was one Chassid, however, who had suffered severely from the governor’s persecution, who said, "What! That rasha (wicked person) who had caused us so much grief?"
Zeide R. Motele turned pale. He sank into deep meditation and then said, "Unanimous opinions are suspect. It is good that there was one dissent. Now Avraham's soul can rest in peace."

Of Shepherds, Doctors, Souls and Heaven

Today is the 12th of Elul, the 182nd yahrzeit of Rebbe Simcha Bunim of Pshischa, author of Kol Simcha, (1767-1827). Rebbe Simcha Bunim studied in the yeshivos of Mattersdorf and Nikolsburg under the guidance of Rav Mordechai Banet.

In honor of the yahrzeit, we present some more tidbits about Reb Bunim, as well as some sayings from him. The first two are my free translations from the sefer, "Chamishim Tzaddikim b’soch Ha'ir [50 Righteous Ones in the City], by R. Aharon HaLevi Pichnik; followed by two I found on the Web and in my e-mailbox; and finally, a wonderful story I received many moons ago from R. Yehoshua Rubin.

* HOW HE BECAME REBBE
After the passing of the Yid HaKodesh [the Holy Jew, Rebbe Yaakov Yitzchak] of Pshischa, his closest talmidim gathered together to find a successor. Most of them were considered R. Avraham Abbeleh of Neishtat, who was one of the main talmidim and very close to the Yid. Each of the talmidim expressed themselves about the future of their 'movement' and who would be the appropriate leader. 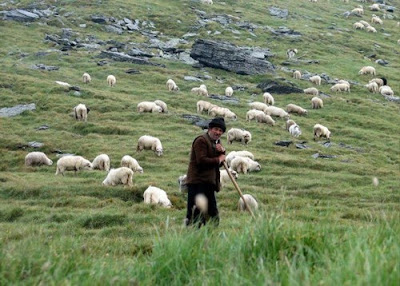 When R. Simcha Bunim's turn came, he gave the following mashal [parable]: "A shepherd tended his flock faithfully and diligently. If even one sheep was lost, he would not rest until he found it and returned it to the flock. One time the shepherd was very tired and dozed off. Upon awakening, it was already dark, in the middle of the night. Filled with fright, he screamed out, 'Where is my flock?' He ran all about, and soon he realized that his flock was not far away, all standing together, awaiting the shepherd… He counted them and found them all present. He stood up and said, 'Ribono shel Olam [Master of the World]! How can I ever thank You for this great kindness? One thing I can promise You, that if Your flock is given over to me, I will guard them like the apple of my eye!' Such a shepherd is what we need!" ended Rebbe Bunim.

R. Avraham Abbeleh of Neishtat then arose and said, "We need no one else! You are our master and leader!" And they all agreed to make Rebbe Simcha Bunim their Rebbe.

*WHY DO THEY COME?
Just as it was by the Yid HaKodesh in Pshischa, and later by the Kotzker Rebbe, so it was by Rebbe Simcha Bunim: young men, married and unmarried, left their homes and families, to attach themselves to the Rebbe. Parents, wives and relatives of these men would bring their strong grievances to him: "You are corrupting our children [husbands]! Why do they need to spend so many years with you? What do they need you for?"

Rebbe Bunim accepted their complaints graciously and explained: "Surely you know that I was a pharmacist, and I can discern between different types of doctors. There is a doctor who comes on his own, as soon as you call him, and takes a small fee - but no one trusts him. But the doctor who is hard to get, and charges a high fee - it is he who is in demand, and people trust. I did not approach your children/husbands, they come of their own accord, and pay a high fee: the distress of their parents and families. It must be that they truly believe that have found here their tikkun [rectification]…"

*TWO NOTES, TWO PASSAGES
One of the leading Rebbes of the 19th century, Rebbe Simcha Bunim of Pshischa, once addressed his disciples with a surprising yet important request: "Write two truths on two separate notes," he ordered them. "Let one state the teaching of our Sages, 'For my sake the world was created.' The other should spell the verse uttered by our forefather Avraham: 'I am dust and ashes.' Now place these two notes into your pockets. When you are feeling useless, take out the note that states that 'the world was created for you.' But if your achievements engender self-arrogance, take out the second note and remember that you are but 'dust and ashes.' "
***
Rebbe Simcha Bunam of Pshis'cha would say, "People should prepare two passages for themselves: One to exit this world, and the other to enter the next."